* In case of any delay in receiving the OTP, you may verify it later. Please proceed without verification.

Enter your City name or Pincode

One of the most interesting factors of Sahibganj town is its historical background. The facts and figures of the place essentially revolves around the history of Teliagarhi fort, Rajmahal and the district of Sahibganj. Historu pf Sahibganj is also influenced by neighboring regions like Pakur, Godda, Dumka, Deoghar and that of Santhal Pargana. It must also be noted in this context that Santhal Pargana was center of Santhal Rebellian which took place in the period of 1854-1855 and was formed taking portions from Birbhum district in West Bengal and Bagalpur district in Bihar. 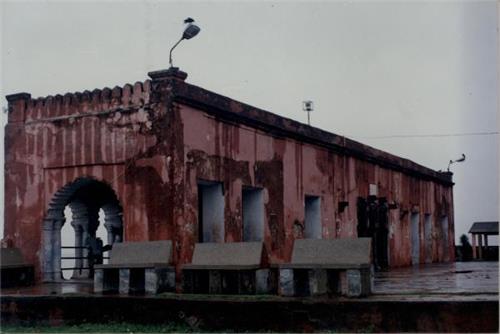 According to the early history, Sahibganj was inhabited by the Malers, also known as Mal Paharia. They were the first settlers of the Rajmahal hills and till date many of this clan can be found settled here. They also find mention in the accounts of Megasthenes, Greek Ambassador of Selukus Nikater, and that of Chinese traveller Hiuen Tsang in 645 AD. The Chinese pilgrime mentions about the Fort of Teliagarhi including lofty bricks and stone tower not far from the Ganges.

The medieval history attaches huge importance to Teliagarhi when it served as the main gateway pass for Muslim armies marching Bengal. On 12th July 1576, the great battle of Rajmahal was fought which laid the foundation stone of Mughal rule in Bengal. It was only after this that in 1592, the trusted general of Mughal king Akbar, Man Singh, decided to fix Rajmahal as the capital of Bengal. But this honor of Rajmahal was soon snatched away as the Mughals decided to make Dacca as the capital of Bengal in 1608. But the stars again changed in favor of Rajmahal and this time it was Shah Suja , son of Mughal ruler Shah Jahan who made Rajmahal the capital of Bengal again in 1639, since he was the Viceroy of Bengal. Till 1660 , the same served as the seat of Mughal Viceroy. It was here in Rajmahal that Dr Gabriel Boughten treated the daughter of Shah Suja and against which he requested an order for the English to have the liberty of trading in Bengal . The request was granted and thus the smallest step of English rule was laid in Bengal.

It was Battle of Plassey in 1757 which marked a different fate for Bengal as well as Sahibganj district which was under the jurisdiction of Bengal at that time. The victory of the great war went in favour of the British rulers and Bengal came under the rule of British East India Company. However there were much chaos in Santhal Pargana as they faced opposition from the Paharis. The Paharis by nature were very much freedom lovers and detest the idea of surrendering to the English rulers.

Impact of Santhal Rebellion of 1855

The Santhals got settled in the district after they were migrated from Bakura district, Birbhum district, Rohtas and Hazaribagh district during the period of 1790 to 1810. The Santhals faced huge abuse since they were treated badly both by the hill men and the trades who were not from their clan. In fact, they got exploited the maximum. All this facts combined together to form a rebellion mind which resulted in Santhan Rebellion in 1855. Bhairab, Chand, Sido and Kanu are the four brothers who acted as the leaders for this rebellion came from a village called Bhognadih based in Barhait of Sahibganj district. Economic liberation was the main motive behind the rebel and the Santhals were extremely firm of their demands. The initial trace of this rebel got visible in Littipara. It is believed that this Santhal Rebellian formed a precursor for the Indian Freedom Movement that took place in 1857.

Freedom Movement and the war for Independence was clearly visible among the inhabitants of Sahibganj district too. Civil Disobedience Movement of 1930 and the ever popular Salt Satyagraha Movement had contribution from the people of Sahibganj. The movements were so strong here that the British Government insisted on sending armed forces to control the situation . Even after this the people of Santhal Pargana has marched keeping hand-in-hand with all other for the right of freedom again and again till the same was achieved in 1947.

After Independence of the country, the new Government took notice of the Paharis and considered them as wll as other tribal groups based near Rajmahal hills as a society which is demographically underdeveloped. A new set of plans and policies were initiated to give the people here complete freedom and economical liberation. But all the efforts of the Government slowly failed to produce the best results hoped for and the place remained a backward society. It was the Jharkhand Movement which demanded more power and a separate statehood got its results and on 15th November 2000, a new state named as Jharkhand was created. The new Jharkhand state comprised of almost 18 districts mainly from the Chota Nagpur Plateau region and Santhal Pargana divisions.

Sahibganj district and its historical journey through the hands of various rulers and significant battles and rebels have a considerable impact which is visible till date. The remnants of the famous architectural buildings and the construction still specifies the bygone era. In fact it is this remnants and the strong history that glorifies the district and makes it one of the import tourist destination of Jharkhand state.

Comments / Discussion Board - History of Sahibganj